Espanya put com lo cul d'una mona. Fotem lo camp.
https://vimeo.com/237562751
Total asteroids discovered from MPC B74: 477
Total asteroids discovered from les Planes de Son (MPC C29): 13
Total asteroids discovered from Observatori del Teide (MPC 954) = 25
Total discoveries B74 + C29 + 954 = 515
Our asteroid 266983 (2010 WE66) was named Josepbosch after my son Josep Bosch Olivera. Also 322390 (2011 QN42) was named Planes de Son, 367693 (2010 RZ109) Montmagastrell, 333744 Pau and 389470 Jan.
This site has discovered three NEA Aplollo class: 2009 ST19 (see below) - 2015 FQ - 2021 XQ5. And three NEA Amor class: 2012 UT9 - 2021 TY3 - 2021 TG3
Follow-up Astrometry
This site has sent a total of 13879 observations until January 2019. Since this year the MPC does not update data. All reports to Minor Planet Center. Follow-up astrometry and recoveries are made with the Advanced Coma-Free optical system like the Ritchey-Chrétien 16 inch f/10 Schmidt-Cassegrain at Santa Maria de Montmagastrell Survey (MPC code B74). The  CCD has 24 micron pixels and a 21'x21' field. At the moment, the telescope pointing and dome control are computer controlled from the above control room and remote control. The dome is a sliding roof that moves on rails.
Data Reduction
All data are reduced on a PC. Flat-fielding, Dark and Bias is done using MaxIm DL. The astrometry is done with both TheSky6 Astronomy Software, Herbert Raab's Astrometrica and Daniel Parrott's Tycho Tracker software which are an excellent track and stack options. As Astrometrica & Tycho also allows the simple identification of all objects in the field, these are currently the software of choice.
Following the release of EDR3 Gaia, virtually all of our astrometry is done using this. An astrometric accuracy in the fit of 0".0 – .5 RMS in each coordinate is obtained for hundred stars within the field. For high S/N targets, the absolute accuracy of the astrometry is of about the same magnitude; the absolute accuracy of UCAC-4 being smaller than this.
IAUC - MPEC
The results of the astrometry of NEO observed from Santa Maria de Montmagastrell  Remote Observatory can be found on code B74 page from NEODyS
https://newton.spacedys.com/neodys/index.php?pc=2.1.0&o=B74

Discoveries of asteroids on 2018

Discoveries of asteroids on 2017

Results 2015
Until December 31, a total of 1553 observations of asteroids and comets were sent to the MPC, 23 of which were NEO.

During January and February there were no observations due to bad weather: the sky is always covered.

IAUC - MPEC
A total of 331 observations of NEOs were sent to the Minor Planet Center from 7 January to 31 December 2013. 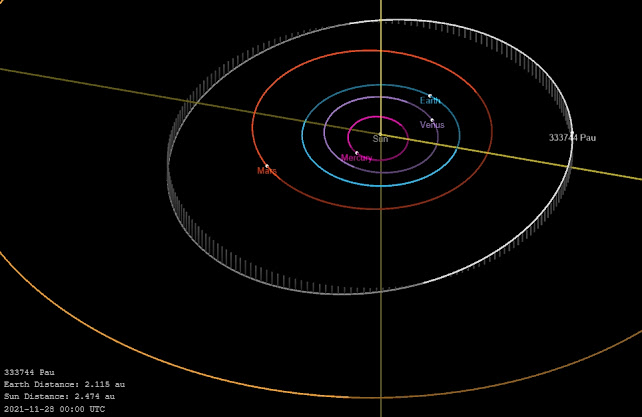 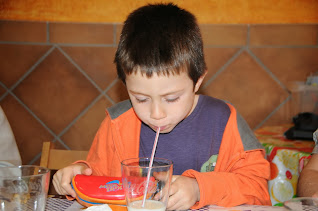 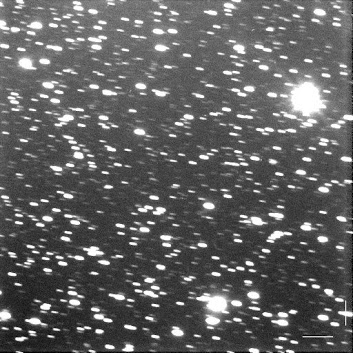 Image of discovery. Note that the asteroid is on the edge of the field
Asteroid 389470 Jan (2010 ER45)
The Minor Planet Center has assigned on 16 March. 2010 the new discovery of 2021 ER45 in images taken during the early hours of March 14 and confirmet by the discoverer in new observations the next night. On 6 March the MPC announced that 2010 ER45 is the asteroid 1997 GF28 with two oppositions, but main designation 2010 ER45 remains. Jan Bosch Pellicer (born 2010) is the second grandson of the discoverer. 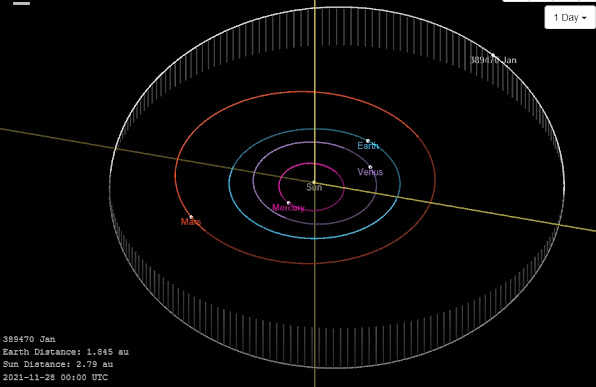 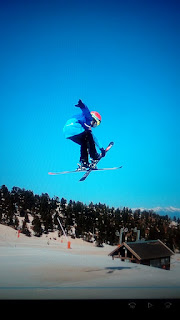 Jan Bosch Pellicer
Discovery of the Apollo PHA asteroid 2009 ST19
This minor planet, belonging to the Apollo class, is also flagged as a "Potentially Hazardous Asteroid (PHA)", an object that, because of its orbital parameters, might represent a possible threat of impact for planet Earth (http://neo.jpl.nasa.gov/neo/pha.html).
It has beeen discovered by the Spanish amateur astronomer Josep M. Bosch from Santa Maria de Montmagastrell (MPC B74) on 2009, Sept. 16.2, ay magnitude about 17. At that time it was posted on the NEOCP webpage of the Minor Planet Center as "jmbo11"; after a couple of days it was withdrawn, because it was not confirmed by any further observations.
On 2009, Sept. 22, the LINEAR sky survey picked-up a fast moving object, that was posted in the NEO-Cp as "BQ24981". After some follow-up observations from various sites, on 2009 Sept. 23 the MPC published M.P.E.C. 2009-S72 (http://tinyurl.com/yer5xmr), informing that the two objects mentioned before were actually the same celestial body.
According to the NEODyS webpage this object. about 1.5 Km in diameter, made a close pass to Earth on 1980, Oct. 4, at a minimum possible distance of about 0.009 AU (nominal distance of about 0.04 AU).

Diagram by Berndhard Häusler
Observatory Santa Maria On September 23th, at 10:00 pm. I went on a motorcycle to my observatory, located in a small village of 60 inhabitants called Santa Maria de Montmagastrell, 8 km far from my house. As I walked out of the fuel station, my mobile phone started to rang. At the time, I stopped the bike and went back to the side of the road, the phone stopped calling. Upon arrival at the observatory, the call repeated while preparing the telescope for another observation night. This time, I can answer the call phone. It was Gustavo Muller to communicate that the MPC have just provisionally designated the possible NEO I saw in some pictures taken last September 16. That past day, I had gotten up at three in the morning and, among other objectives, Comet 137P looked to no avail. Well, the comet was not in the 14 pictures I took of the field and so I went to other objectives that had to watch. At dawn, with the first light was fading I control systems and the telescope placed in sleep mode to close the observatory and go to bed to rest. At that time, I reviewed the images of the comet 137P field by the custom of not leaving any possibility loose. I started the blink of images and in less than a second I realized that there in the fourteen shots 70 seconds each moving something big. I checked that was not a known object, and then I sent four astrometric measurements to the MPC. Hours passed, spent six days, and when he had lost hope of recovering the object the MPC announced it had been found by various observatories, including the LINEAR and gave the provisional number 2009 ST19. I thought I had lost, although the night I had a discovery following email exchange with Tim Spahr of the MPC, who assured me find it. And they've found!
Richard Miles said:
Yes, Special congratulations, José María. This is a very special object. It breaks the record in terms of the closest pass by an object of this size, about 1 km across!
We currently know of no object larger than this to have come closer than this object has recently. The next largest such object was the famous (69230) Hermes (H=17.5), which approached to 0.0050 AU of the Earth in 1937! Your PHA, 2009 ST19 will be visible during the next few weeks and so will be a good target for photometry.
Richard Miles
Asteroids and Remote Planets Section
British Astronomical Association 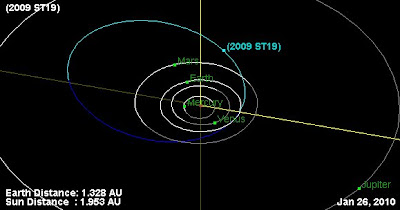 I dedicate this discovery to the Departament d'Educació de la Generalitat de Catalunya and the educational community of Catalonia, to which I belong. 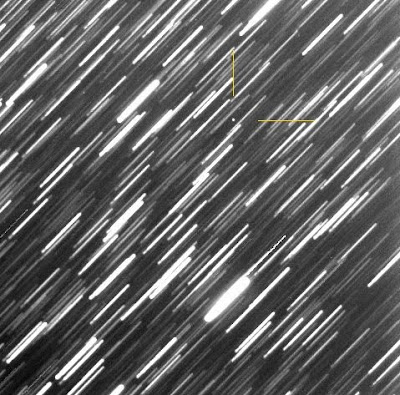 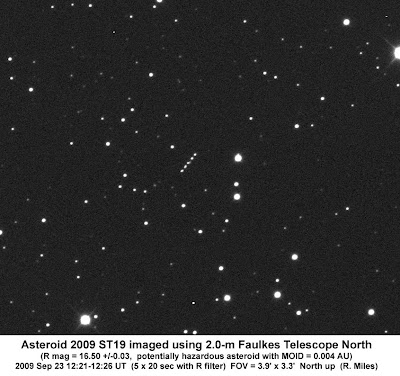